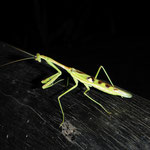 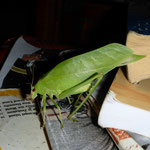 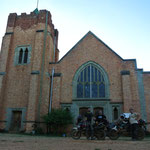 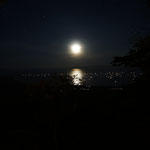 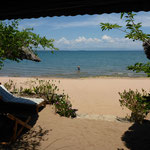 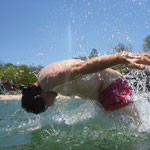 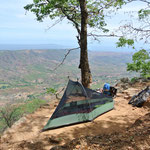 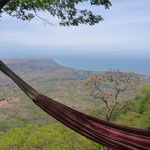 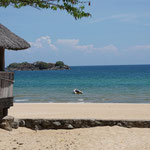 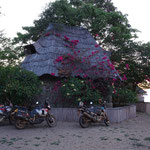 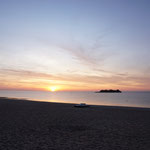 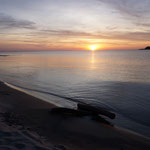 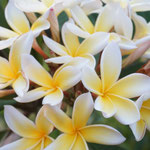 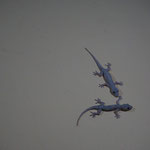 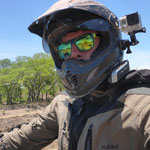 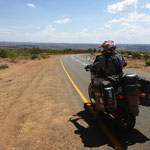 Malawi is supposed to be the poorest of all countries we cross, at least according to the UN. With an average salary of less than one dollar a day and a fuel price of 2 dollars per liter it is clear that there are barely vehicles on the road. And there is basically only one road along the beautiful lake Malawi, also called lake Nyassa. We heard of a lodge, called the Sangilo Sanctuary, were Charlie Boorman and Ewan McGregor stayed on their Long Way Down trip back in 2003. We found it and indeed it is a beautiful place owned by Mark a Scotsman and also passionate motorbiker. It was hot in Malawi and the lake with a water temperature of 29 degrees did not really cool us down. But the scenery, the tasteful food and the cold beers were excellent. Mark could give some insights in the Long Way Down production and some funny stories about the two TV-heroes. But you should ask him yourself, we don’t tell them here. As Rolf was still riding with the stitched tyre, we asked Mark if he might know someone that can help. He then said: “I think I have an old tyre in my garage!” As he steps inside the garage you hear grumpl and after a few minutes he comes out with a tyre full of dust and spiderwebs, and guess what he had in his hand? A HEIDENAU K60 with a good profile left. Unbelievable, how big is the chance to find such exactly the same tyre we were using in Malawi? It is probably the only Heidenau tyre in the entire country. Some angels must have sent it to us, because it is dangerous to drive with a stitched tyre. It was a miracle, at least Rolfs personal miracle. The next magic moment just happened the next day. We drove up a steep road to Livingstonia and went to the Mushroom Camp. As it gets dark from that plateau you overlook the lake and the valley below and you see hundreds of paraffin lights on the lake. The local fisherman make that show, as they go with their “Einbaum” ships a logboat to fish on the lake during the night. It was brilliant to see it we enjoyed the peaceful atmosphere, as one could hear the drums that are used for entertainment in the villages below us. These people live without electricity, without phone connection in complete peace with nature. Just magical. Next morning we went back to Sangilo Sanctuary to pick up our luggage and drove all the way to Kande Beach. The sandy road there wasn’t easy especially as it was almost dark. We arrived there and where a little shocked as the place was full with 6 Overlander-Trucks. Not the company we really want as you remember. But the big sandy beach is brilliant and we went there for a fresh water dive the next day. It is a must do if you have a diving license. Completely different than in the oceans. Lots of tiny fishes called tilapia (Buntbarsche) but no corals. We saw a huge catfish, the biggest species in lake Malawi. After two nights in the Overland-Truck mecca we had enough and drove to the capital of Malawi, to Lilongwe. Another busy camp as we now realized we are back in touristic places. Our visit to the Shoprite store to buy some gifts for Richard’s family was shocking as well. If you see what’s on offer at which prices, you realize, that there are plenty of rich people in Malawi, just not in the villages. Malawians are friendly and we can definitely recommend a visit to this beautiful country for everyone. As they also call Malawi, Africa for beginners.