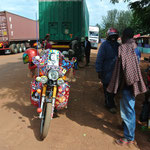 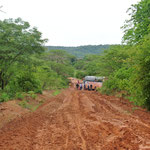 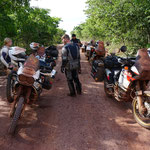 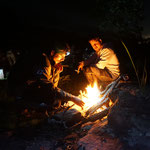 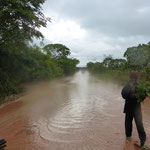 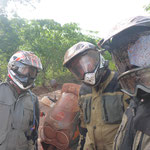 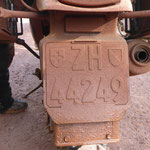 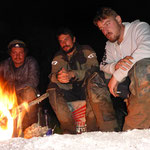 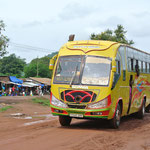 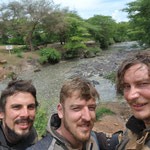 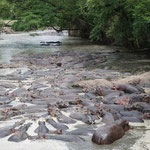 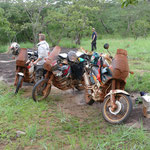 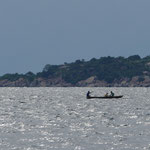 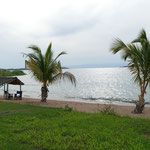 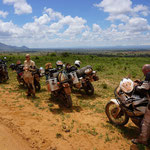 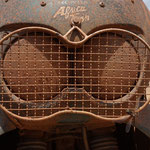 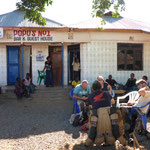 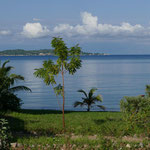 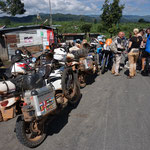 To cross from Rwanda to Malawi trough Tanzania, you can either do a 3000km lap over Dodoma on a main route full with heavy trucks, or you decide to go down the B5 to Mbeya via Kasulu and Mpanda. As you might remember we don’t like the main routes, so it will be the B5. But what happened the next four days was not really as expected. Out of 1’000 km the B5 is only tarmac for 150km. There it is - the rural area we where looking for, no internet, no ATM’s, barely any fuel station and a lot of adventure through the jungle. So the first day included the 150km of tarmac in the beginning, then there were only mud or dust roads. We managed to cover a 425km on our first day in Tanzania, found a lodge, but no money, except the USD we brought from home. But all fuel stations refused to accept US dollars. Off course it was Sunday and all banks were closed, so we could not fuel up. The next morning we were in the mood to leave early, but since the bank opens only after 8:30 we had to wait. Dollars were changed, our tanks were filled and it started to rain. It is one thing to ride off road, but it is a completely different thing to ride off road in the rain. Streets turn into rivers, sand turns into sticky mud. A 300km stage turns out to be impossible, on a 12 hour day of riding we were getting as far as a cyclist. The mud was stuck in in our front wheel so had to remove the front fenders to get it turning again. We struggled, we slipped and past only cars, trucks and buses that were stuck in the ditch. But in the end – completely covered in mud – we managed to do 200km, in 12 hours!!! It was one of the hardest days since we left Switzerland, not to mention the problems Alex had with his fuel pump as the rain pored down like in a shower. But the Africa Twin once again didn’t let us down. A simple cleaning of a part within the fuel pump with a sand paper got it running again. Not that it actually needed a fuel pump to run as long as you connect the tank directly to the carburetors and make sure there is enough fuel in the tank. Simple gravity does the trick. As it got slowly dark, we searched for a village, that should exist according to your GPS. But we could not find it. So as always we caried some food with us, and found the perfect spot for a bush-camp next to a river. In the evening the rain stopped and Rolf managed to light a fire despite the fact that the wood was wet. Alex’s Spaghetti, Dorian’s purified river water, and Rolf’s bonfire gave us a pleasant and cozy atmosphere. The program for the next day wasn’t less demanding. Another 225 kms to the Lake Shore Lodge at lake Tanganijka, where years ago Dr. David Livingstone also had problems with the conditions. We drove trough the beautiful Kitavi National Park and just at its entrance is a fantastic pool full of Hippos. The road though got very demanding again, with deep potholes filled with water, and we arrived at the lodge at the end of our strength. But as you sit down, drink a cold beer and see that outstanding view of Lake Tanganijka, you instantly know, it was worth the effort. It is just magic, sitting there, watching the sunlight sparkling on the water, hear the waves and enjoying the moment. We needed a day off, and the Lake Shore Lodge was the perfect place to read books, write blogs and swim. Only Alex had to work as his pannier rack was broken, but luckily the lodge has its own welding professional and everything could be fixed. After a relaxing day and evening with a lot of red wine (thx Mr. Bouncer) we drove another 150km off road, and then on perfect tarmac to Tunduma, a typical border town, with many drunk guys. Rolf found a cut in his front tyre, not really the way you want to drive long distances. The locals do stitch their tyres and they stitched his as well, the only other option would have been a Chinese tyre with a maximum allowed load of 165kg. Not really an option, since our maximum weight on the front tyre is way over 340kg, and the original tyre manages 465kg. The next day we drove with the stiched tyre via Mbeya towards the boarder of Malawi. Tanzanians are famous for street food such as “Chipsi” which are freshly made french fries. Off course we had to try them at a restaurant called Popo’s No 1. They are also famous for spirits as cheap as 30cent, filled in little plastic sachets. Probably the reason why you can see drunk people at 10am already. Shortly before the Malawian boarder a little travel meeting took part. First we met a guy from Germany on his polished 990 KTM, a few minutes later two cyclists came by. It is always nice to see other travelers on two wheels and we had a good chat and exchanged information about the route. A few minutes later we were at the boarder of Malawi.