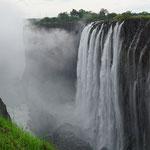 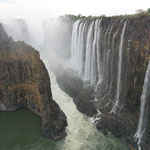 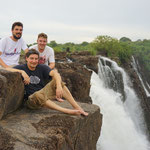 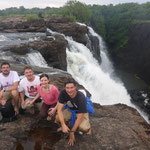 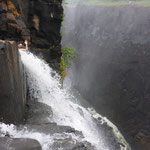 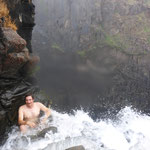 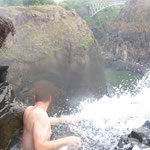 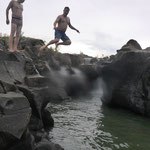 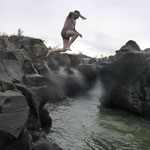 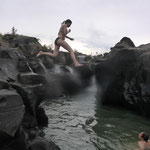 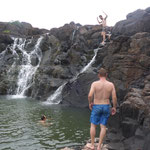 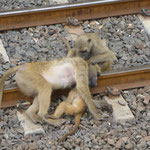 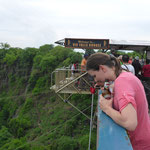 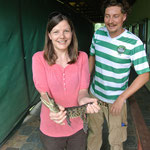 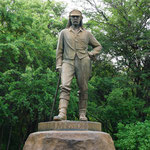 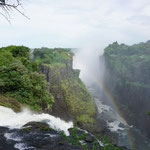 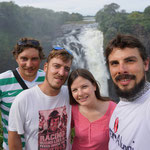 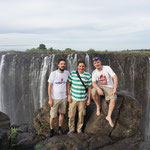 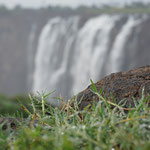 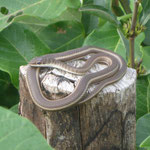 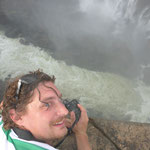 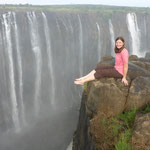 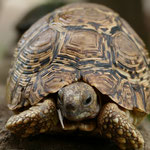 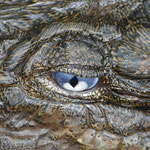 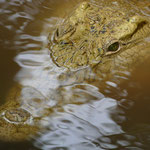 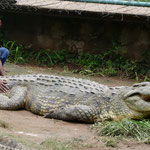 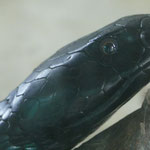 Dr. David Livingstone heard about big waterfalls while he was sipping gin tonic on one of his African expeditions. Four years later in 1855 he discovered them and named the falls after Queen Victoria. The Victoria Falls are the biggest waterfalls in Africa and a major tourist attraction. During the rain season it is impossible to discover the upper parts of the falls, but again we where lucky and could go with a local guide to jump into pools and take a well needed bath on the edge of the 108 m high falls. Enough adrenaline for some, not for Dorian. Afterwards he just went straight to do a bungee jump from the bridge between Zambia and Zimbabwe. 111 meters high, the third highest bungee jump in the world.

The next morning, we visited the local crocodile park. They have an albino crocodile among many other beasts. We crossed again to Zimbabwe, this time it was a little to organized for us, so we finally had to pay the insurance. We still don’t know what the insurance covers, but hey that are their rules, we respect them. On the Zimbabwe side you get the better overview of the falls. For us it was definitely worth to see the falls from both sides.