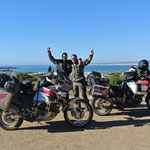 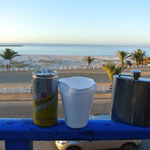 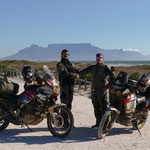 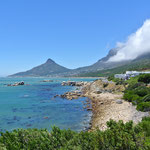 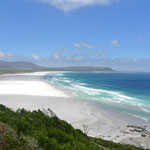 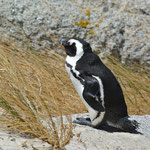 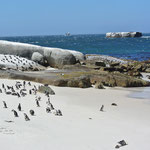 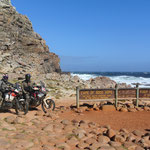 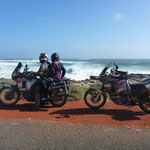 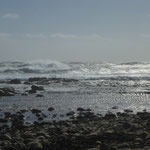 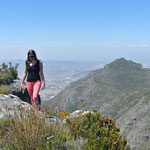 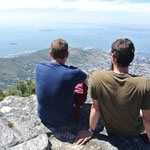 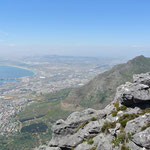 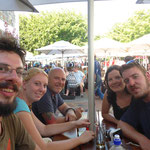 After the shocking accident of Alex and the certainty that he is in good hands and will be flown out to Switzerland soon, we discussed how to continue. Not an easy moment for all of us, but Alex made it clear: “Guys continue and finish that awesome project, and please enjoy the rest of it as much as you can!”

Rolf and Sandra were able to organize a transport for Alex’s motorbike by a local farmer on the back of his pick-up from the place where the accident happened to Mariental at the main road. It took two days until the bike arrived, enough time to organize the further transport of the Africa Twin to Cape Town. Econotrans and its owner Alex Schultz was a great help to us, as we agreed to leave the bike at the backyard of the Tahiti Lodge in Mariental, and as soon as Econotrans has time they will pick it up there. With a fully loaded bike we continued to Keetmanshoop and reunited with Dorian (coming from the hospital in Windhoek) around lunch time. From there we went straight towards the boarder to South Africa. With a total time of 15 minutes it was our fastest boarder crossing in Africa, so we had enough time to continue trough a rocky and a very windy landscape until the little town of Springbock. We found a perfect guesthouse with a magnificent view on the top of a hill and had brilliant steaks in the local’s favourite Steakhouse. The next day it was time to reach the Atlantic ocean. We arrived in Lamberts Bay in the afternoon, and as soon as we saw the ocean, all these emotions where back, that we didn’t only cross Africa from north to south, we also crossed it from the Red Sea to the Atlantic Ocean. After a gin tonic on our balcony with sea view, we had to jump into the water for a swim. A very short one, we have to admit, as it was freezing cold water. From now on we enjoyed seafood as much as possible. Fresh Oysters, Kingklip, Prawns, Crabs, Lobster, Tuna etc.. The road along the coast from Lamberts Bay to Cape Town is yet another highlight and around 50km before Cape Town we could see the Table Mountain and were starting to realize that we are going to make it. The feelings can’t be described, it is just overwhelming. After over 21’000km’s, 110 days, 21 countries, dozens of checkpoints, all sorts of different road conditions we finally reached Cape Town. We relaxed in the yard of our guesthouse, went for dinner and had a good sleep. The next day we drove down to the most south western point of Africa, known as Cape of Good Hope. The whole Eastern Cape area is beautiful and perfect for motorbike riding. On the way we also stopped in Simons Town to see the cute African penguins. On the second day we visited Table Mountain and the V&A Waterfront Shopping Mall where we met our friends from Holland, Nikkie and Stephane, once again. After two full days in this modern city we had to bring our bikes to Econotrans for crating and shipping. So a lot of packing and repacking was done. We let all the fuel out of our tanks and the battery and the windshield were been removed for transport. That’s it! Tighten everything and say good bye to the most brilliant bikes that brought us all the way down. Our beloved AFRICA TWINS.